On the cover of the Oct ’12 Bluesletter! 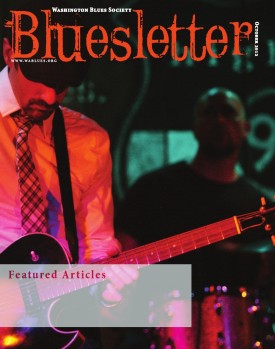 We made the cover of the October 2012 issue of the Washington Blues Society’s newsletter!  There is a great article inside by Malcolm Kennedy as he reviewed a show we did at Highway 99 Blues Club in Seattle, WA in April with our good friend and harmonica legend, Mitch Kashmar.  The cover and inside photos were taken by world renown blues photographer Jef Jaisun.  The WBS is one of the most well respected organizations having won the Keeping The Blues Alive award from the Blues Foundation in 2009 for Bleus Society of the year.  Here is a link to the newsletter:  http://www.scribd.com/doc/108484272/Bluesletter-October-2012