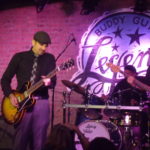 On October 31, I had the honor of performing at Buddy Guy’s Legends in Chicago, IL for the Blues Blast Awards. Although we didn’t win, very honored just to be nominated amongst the tremendous talent, and I had an absolute blast! A big THANK YOU to all the staff at Blues Blast Magazine, and to […]

END_OF_DOCUMENT_TOKEN_TO_BE_REPLACED 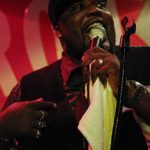 We had the honor of backing up my good friend, Delta Groove labelmate, and world class blues singer and showman, Sugaray Rayford! And wow, what a night! Sold out show at Duff\’s that stayed til the very end. Thanks Tony Kutter for taking the great photos!

END_OF_DOCUMENT_TOKEN_TO_BE_REPLACED

Sugaray Rayford to join Kevin Selfe and The Tornadoes for NW Tour!

Delta Groove Recording Artist and lead singer of The Mannish Boys, Sugaray Rayford, joins Cascade Blues Association Hall of Famers and labelmates Kevin Selfe and The Tornadoes for NW Tour!  Stops include Duff’s Garage in Portland, OR on Thursday, October 24; Sapolil Cellars in Walla Walla, WA on Friday, October 25; and at Highway 99 […]