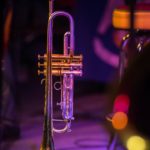 Photos by Eric Frommer. Big band show at our favorite blues venue on the West Coast! Thanks to Eric for taken the great photos and to all the fans who can out and supported us, and joined in the fun. Hope to see you back in Seattle again soon! Kevin Selfe – guitar, vocals, harmonica, […]

END_OF_DOCUMENT_TOKEN_TO_BE_REPLACED

Go to full article Posted: Friday, November 7, 2014 11:34 am By Tad Dickens | The Roanoke Times For years, blues guitarist/singer Kevin Selfe plied his trade in the Roanoke Valley. Things really took off for him, though, after he moved to Portland, Oregon. On Wednesday, Selfe’s work was recognized when the Cascade Blues Association, […]

END_OF_DOCUMENT_TOKEN_TO_BE_REPLACED

Kevin Selfe and The Tornadoes receive Three 2014 Muddy Awards, Kevin is inducted into the Hall Of Fame!

We are excited and honored to announce that we have received three 2014 Muddy Awards from the Cascade Blues Association in a ceremony in Portland, OR on November 5.   We took home awards for Traditional Blues Act, Electric Guitar, and Drums.   Kevin was also inducted in the the CBA’s Hall of Fame for Electric […]