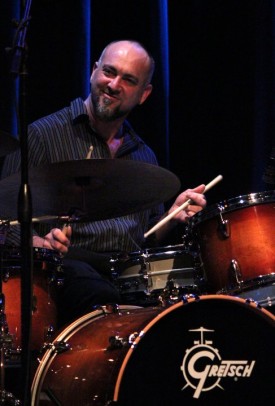 We are very excited to announce our drummer Jimi Bott, has been nominated for a 2015 Blues Music Award by the Blues Foundation in Memphis, TN!

Although this is his 16th nomination, Jimi has NEVER WON! That is 16 nominations in the 20 years there has been a drummer category, and 14 in a row.  His 16 nominations now make him the MOST nominated drummer in the history of the awards!  That is more nominations than legendary drummers, Willie “Big Eyes’ Smith (Muddy Waters) and Sam Lay (Howlin Wolf, Little Walter, Muddy Waters).  So, please consider voting for Jimi!