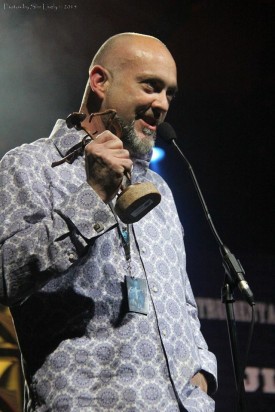 Jimi Bott, the drummer for our big band, has finally won a Blues Music Award for Instrumentalist Drums!  After 16 nominations in the past 19 years, this is his first win.  The 36th Annual Blues Music Awards presented by the Blues Foundation were held in Memphis, TN on May 7, 2015 at the Cook County Convention Center. The event brings together Blues performers, industry representatives and fans from all over the world to celebrate the best in Blues recordings and performances from the previous year.  They are universally recognized as the highest honor given to Blues artists.  Jimi also gave one of the best acceptance speeches ever…watch it here. Congratulations Jimi!!!