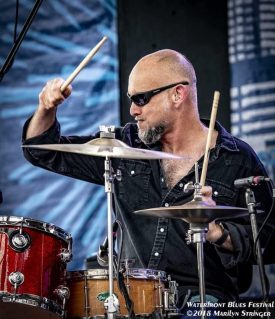 Our drummer, Jimi Bott, has been nominated for the 20th time for a Blues Music Award for Instrumentalist -Drums!  Jimi won the award back in 2015, and has been the most nominated drummer in the awards 40 year history.  The award ceremony will be held May 9 2019 at the Cook Convention Center, Memphis, TN